Welcome to Eater Boston’s roundup of coming attractions, spring 2021 edition. Updated most Wednesdays, this roundup includes notes on exciting restaurants in the works in and around Boston. You’ll always find the most recent updates at the top of the page. Know of something that should be on our radar? Email [email protected].

April 28, 2021 — Seafood Restaurants Are Opening in Back Bay and Dorchester, Uyghur Food Comes to Brookline, and More

Himmel Hospitality Group — which is behind decades-old Back Bay steakhouse Grill 23 & Bar, as well as Harvard Square mainstay Harvest and Public Garden-adjacent Bistro du Midi — is opening Grand Banks Fish House in July 2021 in the group’s former Post 390 space at 406 Stuart St. Owner Chris Himmel closed Post 390 in fall 2020, citing “the current pandemic causing unprecedented uncertainty and change in our industry” but promising that the group was “exploring new and exciting ideas” for the restaurant’s two-story space.

Bistro du Midi’s Robert Sisca will be chef and partner at Grand Banks, which is named for a fishing region of Newfoundland, and the menu will reportedly include plenty of classic seafood dishes (chowder, baked stuffed lobster) and fancier options (uni, razor clams, and such). The downstairs space will include a raw bar and cocktail bar, while the main dining room upstairs will feature a large horsehoe-shaped bar and open kitchen.

In other Back Bay news, the Newbury Boston — a transformation of the hotel that was most recently the Taj — is set to open on May 18, and its Street Bar will open at the same time, eventually followed by a rooftop restaurant. As reported back in late 2019, Mario Carbone, Rich Torrisi, and Jeff Zalaznick’s Major Food Group (which operates restaurants in New York, Las Vegas, Miami, Tel Aviv, and Hong Kong) will be running the rooftop restaurant as well as overseeing the food and drink at Street Bar. Major Food Group’s existing restaurants include high-profile spots like Carbone and Dirty French.

The Street Bar, which will overlook the Public Garden, is meant to have a 1920s feel — think leather barstools, dark wood, a fireplace, and speakeasy vibes — and will serve classic cocktails and dishes inspired by New England favorites. Hotel guests will be able to access an exclusive seating area in an adjacent library lounge.

WakuWaku Ramen & Sake is opening soon at 2 Tyler St. in Chinatown, where it will be serving lunch and dinner daily — presumably featuring ramen and sake. Per corporate filings with the state, the restaurant appears to be connected to KLW Hospitality, which is behind Limelight Stage & Studios, Hong Kong Eatery, Quic Pic BBQ, and several other local venues.

Announced way back in summer 2019, the Pearl, a seafood grill and raw bar, is finally getting ready to open in May 2021 at Dorchester’s South Bay development, where it will be the only non-chain restaurant. (South Bay is also home to Applebee’s, Olive Garden, Totto Ramen, Wahlburgers, and more.) The Pearl team is starting to share some updates on social media — here’s a sneak peek at the holy trinity: lobster, shrimp, and mussels with a choice of curry or fra diavolo — and has posted a menu online. Dishes include a seafood platter, twin lobsters, a daily seafood stew, lobster rolls, and more. There are cocktails, too, inspired by birthstones.

Glitzy downtown hotel the Langham is still heading for a spring 2021 reopening, which will include totally revamped dining and drinking options. Italian restaurant Grana will be taking over the huge, high-ceilinged space that used to be the grand hall of the Federal Reserve Bank, serving breakfast, lunch, and weekend brunch to start. There will also be a lobby bar with an outdoor terrace, the Fed. Alas, the Langham’s longtime chocolate buffet at Cafe Fleuri will not return, and the Cafe Fleuri space will become a ballroom.

Castle Island Brewing — which is named for South Boston’s Castle Island peninsula but is based out in Norwood — is finally almost ready to expand to its namesake neighborhood of South Boston. The new taproom is heading for a July 2021 opening at 10 Colony Ave., where it will have brewing space, a tasting room and event space, a full kitchen (serving South Shore-style bar pizza, among other options), and an outdoor patio.

One of the region’s only Uyghur restaurants, Silk Road Uyghur Cuisine, will expand to Brookline from its original home in East Cambridge, taking over the Vittorio’s Grill space at 1398 Beacon St. (There’s also a newer “express” offshoot of Silk Road at the Super 88 food hall in Allston.) Uyghur cuisine — which comes from the Uyghurs, a Turkic ethnic group who primarily live in the Xinjiang Uyghur Autonomous Region of China — is influenced by a variety of cuisines from around China and Central Asia. Silk Road’s menu includes dishes like dry-fried hand-pulled noodles with beef, pumpkin-stuffed manto (dumplings), and lamb noodle soup. And don’t miss the big plate chicken, a spicy stir-fry with hand-pulled noodles.

Silk Road’s Brookline location could open in May 2021. Silk Road is one of the only places to get Uyghur food in the Boston area, with the next nearest option down in Providence — the recently reopened and very-much-worth-the-drive Jahunger.

In other Cambridge-to-Brookline news, Kendall Square’s Jewish delicatessen Mamaleh’s has a Brookline expansion in the works, following a successful $180,000 crowdfunding campaign on the NuMarket platform. (Unlike a Kickstarter or Indiegogo donation, contributors to NuMarket campaigns get their contributions back in the form of credits to use at the business. In this case, contributors receive 120% of what they put in, spread over one year.) The plan is to open this summer at 1659 Beacon St. in Brookline’s Washington Square.

At Somerville’s Assembly Row development, which already has quite a few dining options, several more forthcoming openings have been announced in recent months. Quirky North End gem Parla is one of them, slated to open later in 2021. The original location opened in 2014 under the tagline “a curious dining experience,” and it became a destination for cocktails, despite having a tiny four-seat bar. Some regulars go the “Dungeon Master” route, working their way through a mysterious collection of 20 cocktails, aided by the roll of a 20-sided die.

Parla will open across from J.P. Licks in the heart of the development, joining other North Enders Mike’s Pastry and Ernesto’s in Somerville.

Also coming to Assembly Row in the not-too-distant future: the first Massachusetts location of Le Macaron, a bakery chain serving French macarons, pastries, and other desserts; international burger chain Shake Shack, which has opened numerous Boston-area locations since first coming to Massachusetts in 2013; and salad chain Sweetgreen, which could open this summer.

Menya Jiro, a build-your-own ramen chain with locations in Japan and New York that has its sights set on expansion to Harvard Square, will also open at Dedham’s Legacy Place development later this year, Legacy Place announced this week. Customers can choose among several broths (light, rich, and spicy versions of a pork and chicken broth, as well as a vegetarian miso broth), proteins, vegetables, and various toppings and seasonings. Menya Jiro’s Dedham location will be at 756 Legacy Pl., next to Urban Outfitters, and will serve lunch and dinner daily. There will be seasonal outdoor seating available.

Wed Apr 28 , 2021
WACO — David Daniels checks the peppers and tomatoes for bruises. The deliver supervisor is aware of his prospects won’t invest in them if they really do not look best. But, that is Ok. He usually takes the several he finds, cuts them up and puts them in tiny personal […] 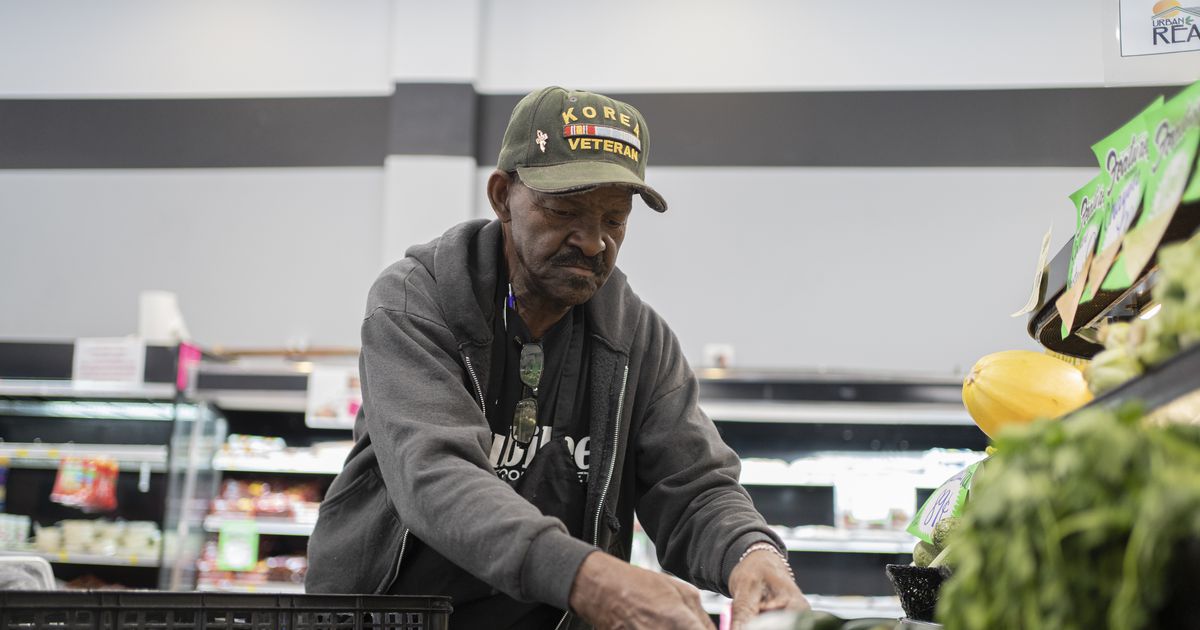