A new month has begun, and you know what that means. We’re back with our monthly food-and-drink updates. Hopefully with the increase in vaccinations and welcoming warm weather, we all will be able to enjoy more bites in the ‘Burgh.

Even with the pandemic’s difficult economy, Pittsburgh is welcoming some tasty new spots, with dozens more in the works.

In case you missed last month’s edition, catch up here. If we missed something, let us know so we can add it to the list.

Now, read on and remember to drink (and dine) responsibly.

🍦 Millie’s Homemade Ice Cream will be scooping cones at Kennywood starting on May 8, when the park opens for its 123rd season. (Watch out, funnel cakes. Yinz have some real competition.)

🍺 Old Thunder Brewing is posted up in an old post office building in Blawnox, bringing strong beers, lagers, and ales to Freeport Road.

🍔 Slider Vibes is dishing out small sandwiches in Market Square, including chicken, burger, pulled pork, and for vegetarians, a plant-based patty or a fried macaroni and cheese ball on a bun, NEXTPittsburgh reports. Plus, there are milkshakes.

🌮 Taps & Tacos is serving just that — plus salads, burritos, wine, and margaritas — on Federal Street on the North Side, and they’re sure to be a game day staple with Pittsburgh-themed appetizers like Yinzer Nachos and Dahntahn Street Corn.

🍹 Tonic Coffee, a coffee/mocktail bar “inspired by world travels and inclusivity” is coming to Lawrenceville on May 8. (Secretos de mis Abuelos food truck will be serving Puerto Rican food for its grand opening.)

🍸 G’s on Liberty will replace the Alexander’s Italian Bistro on Liberty Avenue in Bloomfield with “a full service restaurant, focusing on real, innovative, creative food, and cocktails.” An opening date is getting “closer and closer.”

🍖 The Eagle Food & Beer Bar is bringing “home-style food, a lively vibe, and a house-party feel” to Downtown, TribLIVE reports. It’s set to open in early May.

🍸 Goodlander is a cocktail brewery coming to Larimer this spring, pouring drinks from kegs of carbonated, low-waste cocktails like moscow mules, gin & tonics, and mojitos. They’ll be sold in returnable glass growlers so you can return, refill, and enjoy.

🌮 Construction is underway at the aptly named Gordo’s Tacos & Tequila in Mount Washington.

🍔 Burgh’ers Brewing is set to bring smash burgers to The Highline in South Side this summer, NEXTpittsburgh reports.

🍕 The team behind Lorelei, a cocktail bar in the historic Werner Building, are opening Woodfired by Lorelei in East Liberty. In the meantime, follow their page for pizza pop-ups.

🍷 Con Alma, the popular Shadyside restaurant and jazz bar, is opening a second location Downtown this summer, right across from Heinz Hall.

🍺 Sly Fox Brewing Co., a Philly-based brewery, is putting down roots at The Highline on the South Side this summer.

🚨 Tako is bringing its luxe, Asian-Mexican fusion to Bakery Square this summer.

🍺 Back Alley Brewing is on a mission to create Dormont’s first craft brewery, and you can follow along with their progress on Instagram.

☕ De Fer Coffee & Tea, a Strip District fave is putting the finishing touches on another spot in South Oakland.

🍕 AVP, a pizza-focused spinoff of Alta Via, is joining the restaurant lineup at Bakery Square later this year, adding to big Burrito’s restaurant portfolio around town, Pittsburgh Magazine reports.

🍸Storyville Lounge, a “hidden” Victoria-era bar, will be the latest venture by the owners of Dr. Tumblety’s Time-Inspired Specialty Shop in Allentown coming this fall, NEXTPittsburgh reports.

🍽️ Tupelo Honey, a Southern cuisine chain, is coming to Station Square later this fall and will become an early anchor of the updated Freight House Shops, per Pittsburgh Patch.

🍳 Wild Child, from acclaimed chef Jamilka Borges, is bringing Carribean-influenced dining to Etna. It will open soon, but here’s a peek inside until then.

🍻 Bonafide Beer Co. is planned for the former Chicken Latino spot in the Strip District.

🍻 Two Frays Brewery is working on a space in Garfield on Penn. Avenue and posting plenty of progress photos of its row house rehab along the way.

🍰 Prantl’s Bakery will soon be slicing up its famous burnt almond torte cakes to Squirrel Hill. An opening date has yet to be announced, per TribLIVE.

💛 Yinz Coffee, which recently took over the old Crazy Mocha storefront on the North Side, has plans to open another location in Bloomfield.

Long-term openings on our radar

🍔 The Pittsburgh Sandwich Society food truck is celebrating its five-year anniversary and is planning to expand to a brick and mortar location in Millvale.

🍟 Back To The Foodture is planning a sequel. The beloved burger and wing spot plans to open a new East Carson Street outpost, per Pittsburgh Magazine.

🍤 2 Sisters 2 Sons in Sharpsburg is expected to announce their second location, serving “the most authentic Caribbean food in the city.”

🍱 Bento is a new restaurant coming to Shadyside, according to PennsylvAsia, but there’s no word on the details or timeline.

🍺  Pittsburgh Brewing Co. is planning a new brewery in the former Pittsburgh Glass Works plant on a 40-acre site along the Allegheny River in Creighton. Pittsburgh Business Times has the latest — and more on the fascinating history of the site.

🍵 Tupelo Honey Teas in Millvale acquired the building next door and will renovate and expand over the next several years. P.S. There will be garden tea parties!

🚀 Grist House Craft Brewery is turning a Collier Township Cold War-era Nike Missile Command Center into another outpost for the popular brewery. But a lot of work is ahead, so be patient. An opening date is expected a year or two from now.

🎸 Howler’s is moving to East Liberty after 19 years in Bloomfield, City Paper reports.

🍕 Big Burrito is bringing a yet-to-be-named restaurant to Lawrenceville with a focus on pizza, veggie-forward dishes, and burgers, Pittsburgh Magazine reports.

🏛 The Vandal owners are bringing two new concepts to the Pitt Building Downtown, the Post-Gazette reports. One is a sandwich shop. The other is a supper club called Saint Johannes.

There’s a “For Lease” sign on the door at Cafe Liminal’s location in the Strip District (formerly occupied by Colony Cat Cafe, which closed last year around this time). We reached out to Cafe Liminal for more information and will let you know if we hear back.

Like this story? Put your logo on it. We’re looking for sponsors for our mega-popular monthly openings-and-closings series. Think your business is the right fit? Let’s talk! Email: [email protected] 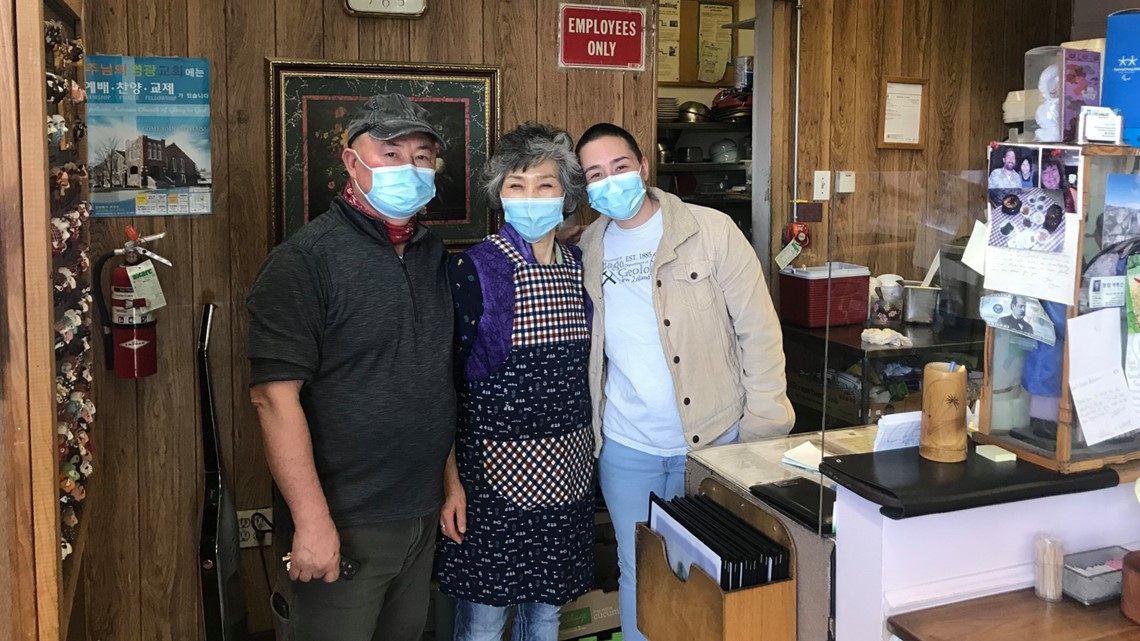