HANCOCK — Dr. Michelle Seguin of the Portage Health Foundation has banded together with other like-minded health food lovers to share that love with the community by forming a group called Growing From the Heart.

“In 2020, right when the pandemic started, we developed a program that was kind of modeled off the nationwide program called Plant a Row for the Hungry, which encourages people to plant literally an extra row in their garden to donate to food pantries,” Seguin said.

Growing From the Heart began as a mission to donate home grown produce to those in need during the pandemic.

“Instead of focusing only on the food pantries during the pandemic, because we knew that a lot of people wanted food, and needed food during that time, we wanted to promote what was already going on, which was gifting and sharing with our neighbors,” Seguin explained. “We were also reaching out to the food pantries to see if they would accept fresh produce, and then facilitate that, and encourage people like, ‘Hey, I have 60 pounds of zucchini. What do I do with it?’ Instead of doing a ding-dong dash and dropping stuff off, which is great, you can drop it off at Little Brothers on the third Monday of the month, in Calumet at the Free Store on Wednesdays. We facilitated those kinds of relationships.”

With the pandemic seemingly winding down, Growing From the Heart took on more of a social aspect.

“Then we started finding out that we just really liked to hang out, and so we (started) doing all these different things like forging walks and fermentation workshops. We just had a potluck last week. We just enjoy sharing our knowledge,” Seguin said.

Growing From the Heart is a grassroots group that encourages participation from anybody who wants to improve their kitchen game.

“This is really cool because there’s very little money associated with the group in general, and no limiters,”Seguin said. “Everyone can bring in an idea, whatever they want to do. Somebody said the other day that they wanted to do a homemade jam workshop last month, and then they kind of organized it. We showed up and spent time together.”

“Yeah, it’s usually like a wide range of people, and last month at the fermenting workshop, we had a family come from my Iron River, another family just kind of was wandering around and joined us. It’s really about encouraging these kind of relationships,” Rachel Koskinen, another member, added.

Growing From the Heart teaches that new ways of self-producing food doesn’t have to be scary.

“This kind of skill sharing makes things that seems a little scary like jamming, or foraging for mushrooms way more accessible and doable. There are over 20 kinds of edible mushrooms in Houghton County, and we can share which ones are the good ones with each other,” Koskinen added.

While being helpful to the community and a chance to socialize with fellow foodies, Growing From the Heart is an informational asset.

“We’re really looking at trying to improve access to local nutritious food,” Seguin said. “In addition to that, we need to try to expand education opportunities, so once people are able to purchase really wonderful local food, how can people cook it and preserve it so that they can eat it, share it with their families and things like that, so we’re hoping to be able to offer more outreach education opportunities that we’re able to gather.”

What kind of projects and events are available to Growing From the Heart at a certain time are at the mercy of the season and weather patterns.

“We develop our plans as things come in, or as elements allow. We haven’t been able to go foraging for mushrooms lately because it’s been so dry,” Seguin said, “but oh my gosh, the berries will be ready soon so we’ll get together and make a bunch of jam next month.”

Recently at Porvoo Park in Hancock, Growing From the Heart held a fermenting workshop.

“One of our members, Ivan, came up with the idea last month,” Seguin said. “This time we have almost an entirely different crew than who showed up for last month’s fermentation 101 shop. This time we’re dealing with more specific recipes that are already in our community, so we just moved it up another level.”

Dr. Seguin stated that fermentation was a great workshop because “it’s a delicious way to safely preserve food, and a very healthy way.”

“This (fermenting vegetables) has been going on for 1000s of years and so it’s also a way to tap into your own family stories and heritage,” Koskinen said.

Growing From the Heart is often joined by a local dietician, Meghan Jaszczak, who has a video cooking series called the Biblio Bistro, which is available online at the Portage Lake District Library website, in which she partners with PLDL Program Coordinator Michael Stanitis, who is also a chef. The cooking series is available at pldl.org/bibliobistro. The show features a lot of locally sourced ingredients.


Today’s breaking news and more in your inbox

The 7 Very best Vegan On the net Cooking Courses

Tue Sep 14 , 2021
If you are like us, you like the concept of whipping up some scrumptious vegan dinners, but you really do not usually have the approaches to do that—even if you can obtain the time. No anxieties, mates, these digital cooking classes have obtained you lined. Sharpen people knives and get […] 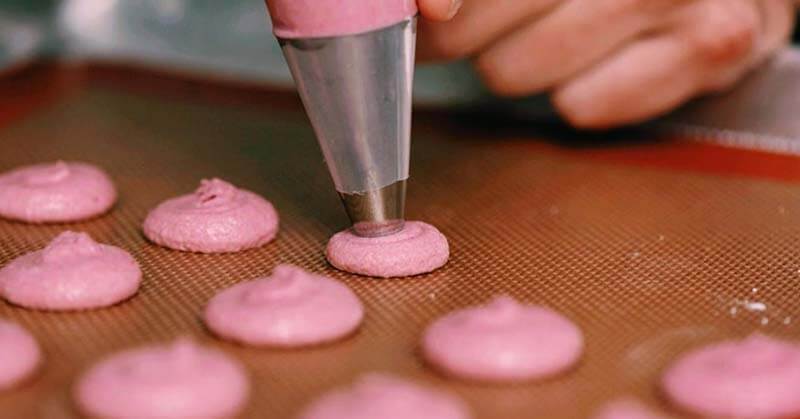